Man, oh man, we really are struggling with our timing here. Between School starting back up for Ply, and exam week for me, our schedules this past few weeks were so crazy, we just couldn’t make time to post last week. Hopefully Next week we’ll have enough free time to finally get caught back up, but until then… We apologize. Gomennasai!

Anyways, Shield Hero. Still loving the show, though there are some minor complaints I need to air this week… But we’ll talk about that in the questions, eh? Let’s get into it.

The one struggling to come back to life

The one slowly dying off

Well now, this was a fun pair of episodes. Not quite as outstanding as some of the others, but still quite entertaining to say the least. I kind of feel like the main point of these two episodes was really just to really help establish Filo and Raphtalia’s dynamic, as well as Naofumi’s interactions with each of them (plus, Curse series is here.) Overall, I enjoyed both episodes greatly.

While the animation quality has notably declined for this episode, the contents are great and was enjoyable. And…that’s about all that I can really say. There were a few awesome moments, like how Raphtalia thought kissing will get her pregnant, but yea, not much else. Ep8 was a good episode with a good climax. To me, the sense of urgency and tension is lost because I already knew what was going to happen, but I’m sure to all the new viewers, this must have been a really good climax. I mean, it was done so well. And we even had Kevin Penkin’s music finally being used to a good amount this episode.

I gotta agree with you, Ply. Kevin Penkin’s music score is fabulous, it was awesome to see it put to good use in these few episodes.

Yeah, I think I was pretty much expecting what we saw in these episodes, considering i’ve read the source material. Pretty much Naofumi cleaning up after those other idiots… but that’s okay.

I would say it didn’t really fit with my expectations, but they would have had reasonable explanations for this. Since there wasn’t much that happened in this episode, let alone important things, there was no need to waste the animation budget too much(*unless your name is ufotable and you are animating a volleyball match for a fate side-series[see:video]), holding back for the more important moments is definitely a good decision as well.

How does this episode compare to the source material?

I really love the way this adaptation is being handled, seriously. They’re doing such a good job of sticking to the source material… in a day and age when adaptations can be seriously awful, it’s nice to see one so faithful and respectful.

I completely forgot about the stuff that happened this episode. Yup. This was moreso the downtime in-between the much more tense plot points, so of course I won’t remember it. Either way, I would say it’s pretty well adapted just from gut feeling, I like the character synergies being portrayed properly. Ep8 was almost a perfect adaptation, if you ask me. Not much else to say.

Yeah, they really did a good job with the adaptation. Honestly, they’re staying so faithful, it’s amazing.

Perhaps Naofumi’s moneygrubbing nature. While he does like to help people, he always wants to turn a profit. I kind of understand him, even if that goes against the conventional “hero” stereotype.

The entire hotspring fiasco. I bet there’s gonna be people that are saying O M G ITS FANSERVICE HOW DARE THEY SHOW THAT IN THIS SERIES but well again I’m on the camp that’s more or less indifferent as long as the fanservice isn’t shoved in our faces. That’s all I can say.

I still love Raphtalia. Her single-minded determination and love of Naofumi is just adorable, and seeing her spats with Filo was just… it’s fantastic!! Filo is fun and adorable, but Raphtalia is still totally best girl.

For once, Raphtalia. Not that I never liked her, she just never stood out THAT much compared to the shining bright star that is Naofumi, and now that the episode(or at least the second half) is more or less focused on her and Filo, she gets her own time to shine. I liked her naivety and simple thoughts, showing that she is in fact still the same small child we saw despite already being an adult in body.

Naofumi is an awesome character, not gonna lie. But Raphtalia is still my favorite!!!!

This might seem a bit odd, but that battle against the bioplant. The animation was absurdly smooth and clean, and overall it was just really easy on the eyes.

Not any that I can think of. Maybe the ending reveal? Because we all know that we are about to get some good shit.

The story will be getting pretty good from here on out. I’m excited!!

That atrocity of a dragon. Like, holy crap… the show has done much better with 3DCG in the past, but this was clunky and frankly the lowest point of the whole show for me so far.

I think Naofumi’s anger at losing Filo is pretty understandable, to me. He’s basically raised her, and having come from a point of such loneliness and despair, the thought of potentially losing one of the people he trusts very understandable shakes him.

Probably Naofumi’s decision to charge the village for his work. Cleaning up for that idiot Motoyasu as gotta be taxing.

Unfortunately, it only gets worse…

For this one… I’m not entirely sure. But i’d hope that i’m not as dense as Naofumi is when he has literal perfection fawning over him…

Being Raphtalia has got to be sad. Naofumi is so thick headed when it comes to romance, if I was Raphtalia I would have just shoved my love in his face lol.

This. This is why Anime exists. Is there anything cuter than a Raphtalia pout?? My heart is healed… my soul is complete. She’s just TOO CUTEEEEEEE!!!! 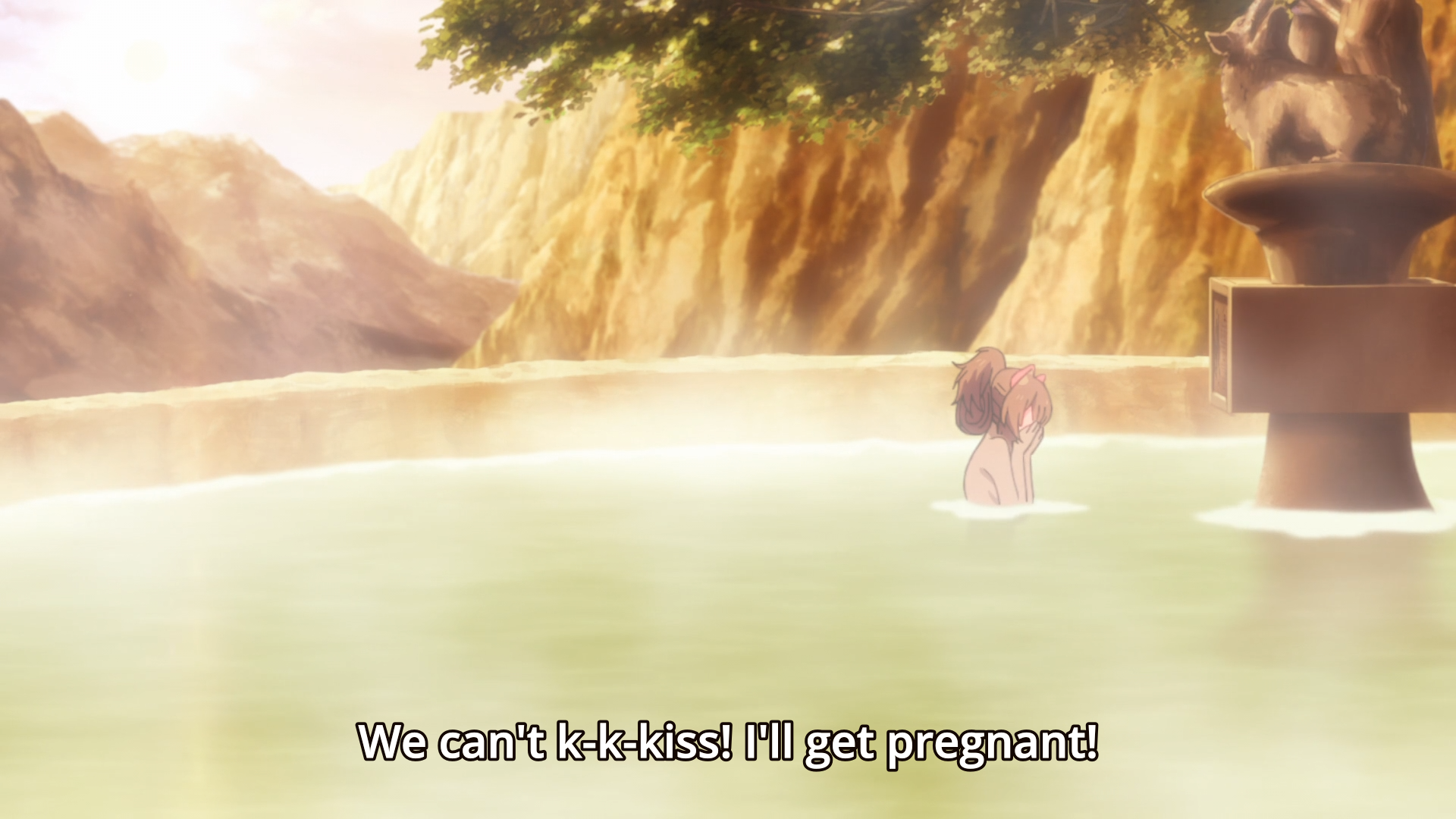 A good choice, my sir. The shading is nice, and the steam effects are well done… who am i kidding. Raphtalia is just the greatest.

Well, that was fun. Hopefully our derpy review was worth the wait… And I also hope you guys are enjoying Shield Hero as much as we are. But, as bit a fan as I am of the series… well, there’s another series this season that’s even better, and that’s Dororo. Make sure to go check out our review of Dororo Episodes 7 & 8 on Ply’s blog. Let us know how you guys are liking these series down in the comments, and we hope to see you guys in the next post!

3 thoughts on “Rising of the Shield Hero – Episodes 7 & 8: Trials and Smiles (with Plyasm)”