Baited! We all so so unbelievably baited!!! Well, at least I did. After the end card to the last episode, I thought this one would surely be about Yugiri. Instead, however, it ended up being all about Sakura! While i was a bit disappointed we couldn’t learn more about our favorite courtesan, the episode was still pretty good. 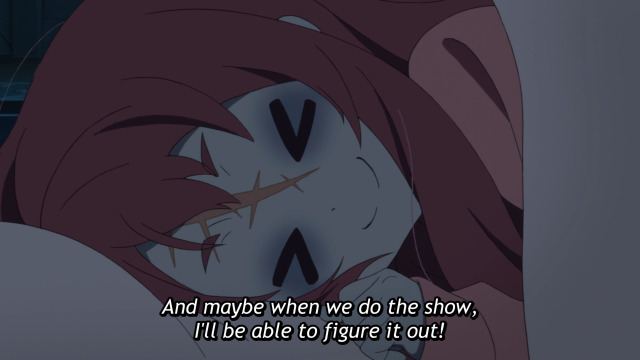 With Sakura on the verge of regaining her memories, the members of Franchouchou start to prepare for their biggest concert yet, performing for over 500 people! Sakura, recognizing the venue vaguely, decides to work as hard as she can to make the upcoming concert a success. However, her hardwork, alone, it’s only sure to spell trouble. 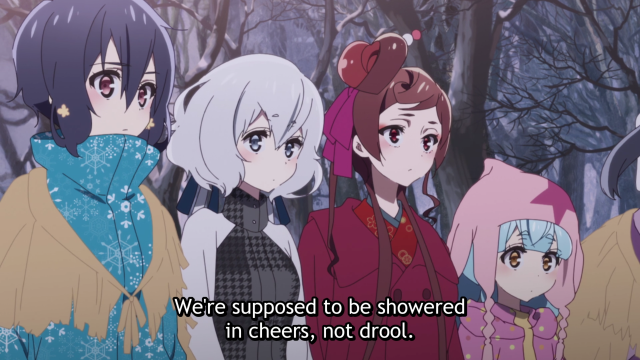 There sure was quite a bit to digest in this episode. From the training camp, to the upcoming concert, and finally a sense of deja vu from the very beginning of the series, it seems that our zombie girls will never get a break. Of course, the impending sense of drama is not the only thing that went well in this episode.

I honestly feel like The comedy of the show has been a little bit tame over the last few episodes. However, episode 10 brings everything right back into form with quite a few hilarious gags mixed in at just the right moments. The blending of these moments of surprising amusement with seems of rather touching and heartfelt nature is surely what zombieland saga does best.

Anyways, that’s about all I have to talk about for this episode. I seriously love this show, I think they are doing a lot of things right, and I cannot wait to see how everything plays out. if Sakura has regained her memories, what will her reaction be to meeting the other girls once again? And will they be able to pull off this big concert by the end of the show? Let me know what you guys think down in the comments below, thank you for reading, and I will see you all in the next post!