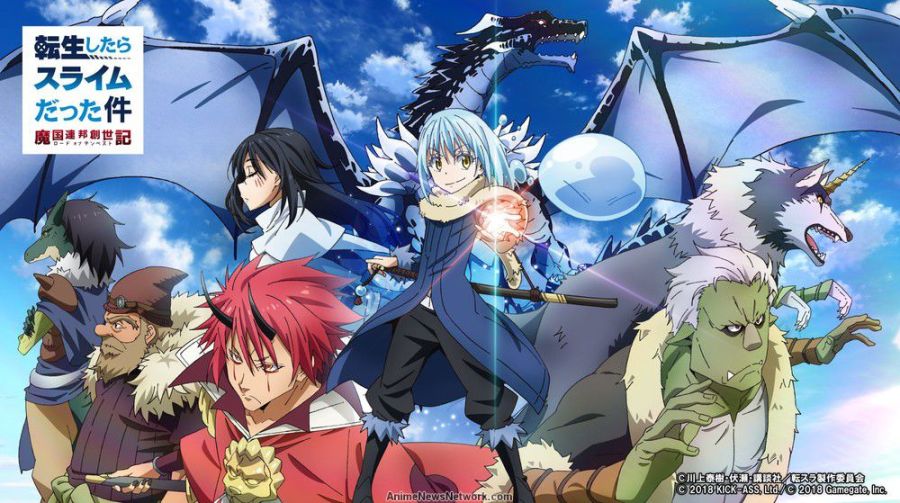 Here comes the high-fantasy Isekai show of the season. BUT WAIT! Before the eye rolls and the groans come, and you click away from this post, let’s take a look at this one… because honestly, i’m pretty pleasantly surprised.

With Isekai becoming one of the most oversaturated genres in Anime lately, we are, of course, inundated with quite a few average and below-average new isekai each year. And while some do manage to stand out, like Overlord, most of them tend to fall into obscurity, occasionally being the butt of jokes. Blessedly, however, it seems like Slime is going to fall on the GOOD side of things. (At least, so far.)

The first episode hits us right away with several things: beautiful, fluid animation, great voice acting, and a relatively unique, or at least, “different” story. I found myself laughing and genuinely enjoying the episode, despite my initial apprehension going into it. I think this is actually the first LN adaptation in a while (at least, Isekai-wise) that I haven’t read at least the first volume of, so I also went in pretty blind.

A lot of the more recent Ln-adapted Isekai have started out pretty dull, and I think Slime managed to avoid that trap pretty well. Veldora was hilarious, as was Rimuru’s attempting to learn about his abilities as a slime, among other things.

That’s not to say the episode was totally without it’s flaws. The bit at the beginning was a little bit awkward. I feel like if we’re getting a bit of a character’s life before the isekai, it should either be short and sweet, or long enough for us to really start to get to know them. This one was… kind of in that awkward space in the middle. Short enough to let us get into the fantasy world, but not long enough to really let us get a grasp on who our protagonist was before all this.

Additionally, things seem to be a tad rushed, overall. I get they’re trying to get into the meat of the story, but with an announced 24-episode runtime, they could probably afford to slow down a bit. Overall, however, it was still a very enjoyable first episode.

I don’t want to go on too long about this, but know that due to how much i’ve enjoyed this first episode, I decided to pick up the manga as well and read along. Maybe if I enjoy it more down the road, i’ll also give the Light Novels a try, but for now, it’s enough that i’m having a good time with the series. Anyone else out there excited for the rest of the series to come, to see if it can end up being a good isekai? Let me know down in the comments, and I hope to see you all again in the next post!