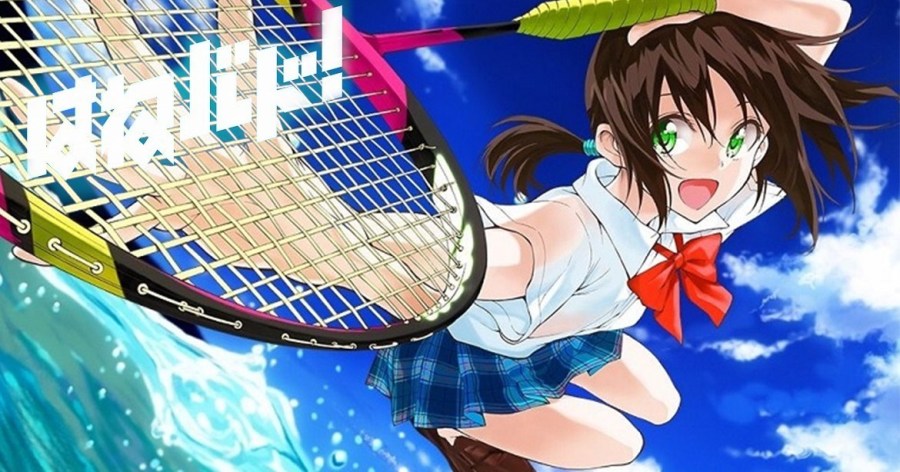 Ohhh boy, here we go. My worst enemy has arrived once more! (Just kidding, that’s a little overdramatic, wouldn’t you say?) Anywho, Sports anime have never really been my forte. I’ve never really been able to get into them, so I generally avoid them whenever possible. However, on quite a few recommendations, I decided to give Hanebado a try.

Right off the bat, Hanebado presents us with the classic case of talent vs hard work. First-year Ayano was seemingly born to play badminton, her body perfectly suited for the sport in every way. Nagisa, a third year, on the other hand, works harder than anyone to perfect her game… and loses to the talent.

It’s something we’ve all faced in life before; meeting someone who naturally has skills at something that we have tried to work at. It’s an emotional cliche used all the time in these kinds of stories… but it’s a cliche because it’s effective. Hanebado also looks incredible, boasting some of the nicest visuals of the season. Crisp, clean action with every sports scene, and great sound design overall as well, though the OP and ED aren’t my favorite.

My biggest complaint with Hanebado so far is that the drama is so heavy-handed, it’s not even funny. So many things are over-dramatized to such a degree that it makes them very unbelievable. I’ve lost the ability to take the story seriously, because it just feels so… inhuman? Nagisa lost a match, so she decides to bully the rest of her club into submission? Her moment where she sees Ayano again makes it seem like she actually wants to murder her. It’s just too much.

Will I keep watching Hanebado? Err… good question. I’m really not sure. It’s not my cup of tea, for sure, and I have quite a few complaints already, so… yeah. We will see. Anyways, that’s all I have to say for now. How are you guys enjoying Hanebado? Anyone else think the drama is a bit ridiculous? Let me know down in the comments, and i’ll see you all in the next post!