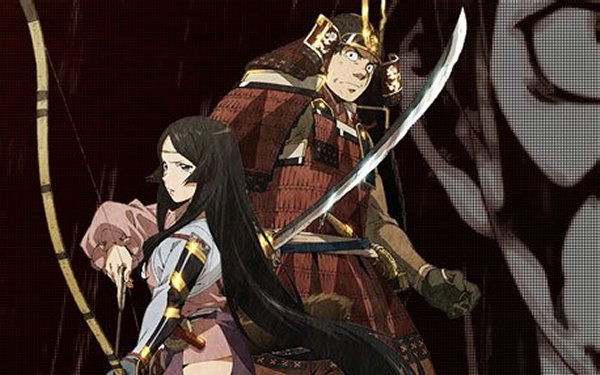 Tickle me very impressed, because this first episode was one heck of a ride. Angolmois: Record of Mongol Invasion is one of the shows I was really interested in watching at the start of the season, just based off the synopsis of the story. And so far, that curiosity has paid off wonderfully for me. I’m glad I decided to give this show a shot, and i’m excited to talk about it.

Let’s get the elephant in the room out of the way first, shall we? Angolmois: Record of Mongol Invasion is not a pretty show. It’s got this weird parchment filter over the whole thing, making it look gritty and rough. The characters aren’t attractive either, with blocky or somewhat unproportionate features making them look grungy and almost outdated, in a sense.

However, I think that visual style is part of the charm of Angolmois. The rough look really adds to the ancient aesthetic of the show. And while visually, it doesn’t look that great on the exterior, the animation in the show is crisp and clean, and overall very impressively done.

It’s rare to see a show get sword combat down so well, but Angolmois does a great job of it. Just slashy enough to be satisfying, but with a realistic weight and speed behind each strike. If the action continues to be this good, and this realistic, we’ll have a very, very good show on our hands by the end of the season.

I don’t really know much about the story so far, other than the Mongols are invading Japan, and an army of exiles is being put together to stop them. The main character seems to have once been a general or a samurai of some sort, and is very skilled with a blade. It’s not much of a story so far, but just enough to get me interested and wanting to see more.

Anyways, that’s enough from me for now. I recommend this show to anyone who likes historical-type shows, or samurai flicks. This hits all the right spots, and is honestly a pretty fun watch altogether. Anyone else liking this show like I am? Let me know down in the comments, and I’ll see you all in the next post!