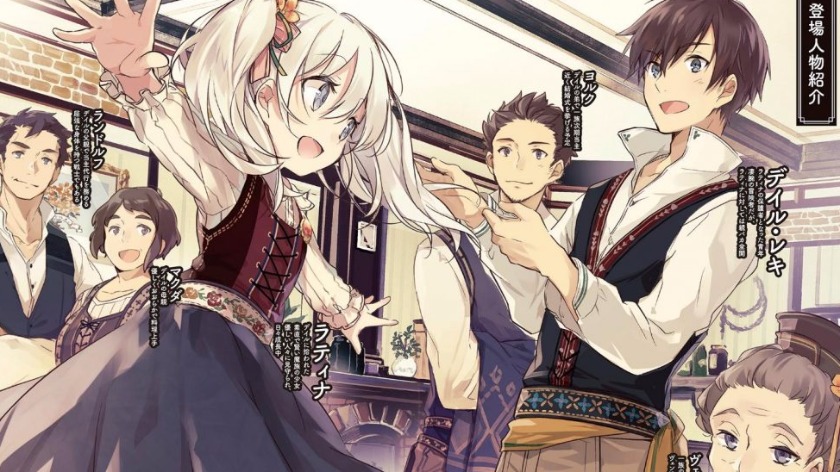 If It’s For My Daughter, I’d Even Kill a Demon Lord. A ponderous title, very typical of the Light Novel genre. What’s not so typical, however, is the story contained within.

The young adventurer, Dale Reki, is someone with an abnormal amount of Divine protection and referred to as a ‘hero’, someone with the ability to defy the ‘Demon Lords of Calamity’ who can warp reality to suit their needs. One day, Dale finds a young, starving devil girl in the woods. Branded as a criminal by a broken horn, the girl is near death, and begs Dale for food. Moved, the generally cold Dale feeds the girl, before deciding to take her home with him. Dale ends up raising the young devil girl, Latina, like his own daughter, eventually becoming a very doting and loving father.

This LN series by CHIROLU is fantastically well-written, building up a beautiful fantasy world without infodumping, full of very well-written and lovable characters. Dale and Latina both make fabulous main characters, Dale’s antics providing a good amount of comedy to the story. Latina is just about the most precious thing, and you can’t help but adore her.

The series delivers a heartfelt story about a young father trying to raise a daughter of a different species, struggling against the rest of the world and expectations to do so. Discrimination, bullying, and the struggles of youth all play a part in Latina’s journey to grow, and Dale finds that he truly needed someone to stand by his side.

Honestly, it’s rare I find a series that makes me love the characters as much as I adore these… and that’s a good thing. The first few volumes drop tantalizing hints of a mystery behind Latina’s origins, and the discovery of those secrets is beautifully organic, taking place as part of a much larger story unfolds around them.

I highly recommend If It’s For My Daughter, I’d Even Kill a Demon Lord. A lovely Fantasy setting, a heartwarming tale centered around lovable characters, and a very well-written and nicely detailed story and world help to fill in the gaps in the series. Though it does get somewhat dark in the later volumes, this series has very quickly grown on me, to the point where it’s probably in my top 10 Light Novel series i’ve ever read.

Thank you all very much for reading. This is a great series, and I highly recommend you give it a try, and let me know what you think of it! And if you’ve already read it, what are your thoughts on the series?

One thought on “From the Bookshelf: If It’s For My Daughter, I’d Even Kill a Demon Lord”