Pokemon Crystal is the first Pokemon game I ever played, back when I was a young kid. Hoping to understand and recapture the magic that first game ignited in my soul, I recently revisited the game. Originally, I had intended to review these games in my personal play order, but after replaying crystal, I decided I needed to lay down Pokemon Red first, in order to better express how Crystal Version changed the Pokemon franchise for the better.

Pokemon Crystal was an interesting game, one that made a lot of positive changes not only to the original Red and Blue versions, but to the more recent Silver and Gold versions as well. Crystal was the first Pokemon game to feature animated battle sprites for Pokemon, as well as custom battle music for legendary Pokemon, and a choice between a male and female character sprite.

Featuring design, location, and story changes compared to the original Silver and Gold versions, Pokemon Crystal gave an overall more refined and polished version of the latest generation in the Pokemon franchise. Generation 2 also featured a great deal more of something that the original Red and Blue lacked (apart from, you know, color…) – STORY. 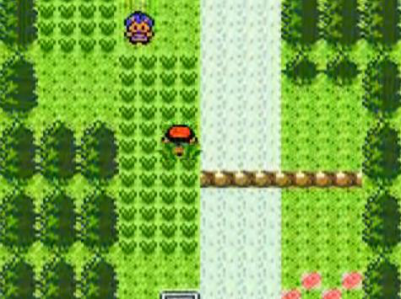 While Red version delivered a fresh and interesting adventure story, the actual story and number of characters were rather sparse. Pokemon Crystal changes that, with a far more in-depth story to tell, far more characters to interact with and befriend, and even ties to the original game, the original player character “red” serves as the final boss, the most powerful trainer for the player to overcome.

Fighting Team Rocket, who now have goals and plans far more insidious than they did in Gen 1, takes up much of the story, as you assist a mysterious trainer named Lance in opposing the criminal organization. Along the way, however, you confront several different trainers who consider themselves your rivals.

The first is a youth with long, greasy red hair, who breaks into Professor Elm’s lab and steals a Pokemon shortly after you receive your own. This trainer challenges the player multiple times throughout the game, each time asking and wondering on the nature of the relationship between Trainer and Pokemon. This trainer, nicknamed Silver (though the player can choose their name), plays a major part in the emotional weight of the game. 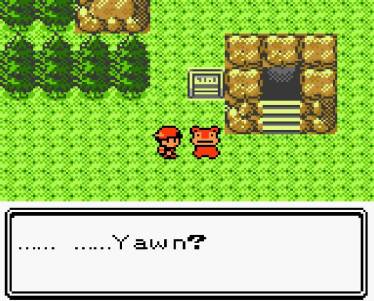 Silver is a cruel, uncaring, power-hungry person, at least initially. He cares nothing for the feelings of his Pokemon, determined only to grow stronger as a trainer by any means necessary, whether it be brutal training or stealing other Pokemon. He is also violent by nature, being one of the only characters in all of Pokemon to physically shove the player around, doing this multiple times throughout the game.

After losing to Lance, however, Silver is chastised for his actions, and he slowly begins to change. Over the course of the game, we see him changing, growing more caring toward his Pokemon, and in turn, growing in strength alongside his team By the time the player reaches the Pokemon League, Silver has become a formidable trainer, one who has earned the trust of his Pokemon just as much as the player has.

Eusine is a character unique to Pokemon Crystal version. He is a Pokemon researcher, and is obsessed with the legendary beast Suicune. Following the legends passed down to him from his grandfather, Eusine wants nothing more than to impress the legendary Pokemon and earn its respect.

Now, on to some technical questions.

For my first starter ever, I chose Chikorita. It’s adorable, it’s stupidly fast, and hits pretty dang hard too. I adored my Meganium, and Chikorita will forever be one of my favorite starter Pokemon ever.

My team included: Ariados, Poliwrath, Xatu, Umbreon, and the special Red Gyarados alongside my Meganium. Mostly I was going with whatever I thought looked the coolest (again I was like, 5?)

My favorite Pokemon from Gen 2? probably Tyranitar. Tyranitar is a freaking beast and I love using him.

Least favorite Pokemon? Delibird. I just don’t like it, don’t ask me why!

Well, I think that about wraps it up. I don’t want to ramble too long about the game, especially such an old one. Writing about these games again just brings back so much nostalgia from my childhood, it makes me want to talk more and more about how much fun they were, how they helped shape who I am today. I honestly think that out of all the games i’ve played, the Pokemon franchise has had the most impact on me, as a person.

Do any of you guys feel the same way? How did you enjoy Pokemon Crystal version, or even Silver and Gold? How has Pokemon impacted your life, your childhood? It’s so nice to be able to talk about these games again, so let me know what you guys think!