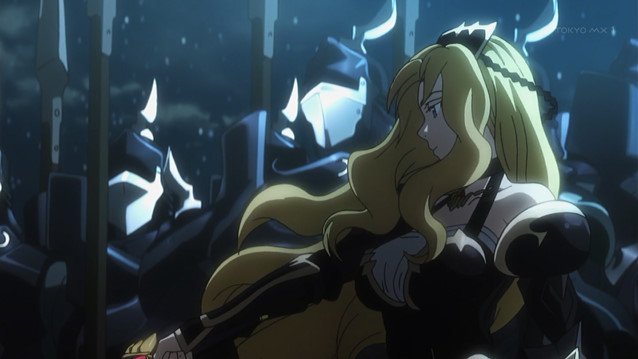 It’s been… a rough few weeks for me. Delays on everything, loss of passion, etc. but I need to keep working on this collab, because it wouldn’t be fair to the others if i quit halfway through. besides, it’s been pretty fun so far, so I can bear a little pain to get my posts out, even if they’re a bit late.

This week was… an interesting week, to say the least. Some good, some bad, and a whoooole lot of ugly, but at least there’s some stuff to talk about, so let’s dive in.

Yuru camp started out very nicely, with Rin and Nadeshiko’s camping plans in shambles due to Nadeshiko getting a cold. Rin is, unfortunately, forced to go camping alone. We get a lovely little travel montage at the beginning of the episode, featuring Rin riding her scooter through gorgeously scenic landscapes in the early morning (and a little bit of her introspective dialogue) while the lovely OP plays in the background, giving us both a nice change from the norm, and a lot more of what makes the show so enjoyable: Beautiful scenic shots and a relaxing atmosphere.

Nadeshiko, meanwhile, is stuck at home with a cold, so Chiaki comes over to cheer her up. They play a game of finding tourist spots for Rin to visit, and Chiaki gives Nadeshiko some noodles from her hometown as a gift. Unfortunately for her, one thing leads to another, and she ends up making lunch for Nadeshiko’s entire family, which ends up going well… due to the power of technology!!!

It’s such a common gag in Anime to have a character offer to make food and have expectations be high, only to have it all turn into a mess in the end. It’s nice to see someone being smart and just googling a recipe.

Finally, Saitou decides she’s interested in going camping, and offers to join the Outclub on their Christmas campout. Will this be the trigger needed to convince Rin to come along as well?

Yuru Camp continues to be my favorite show of the three, with interesting characters, gorgeous art, and a super relaxing, laid-back atmosphere. With some of the stuff i’ve been dealing with recently, this show offers a lovely respite from everything and always manages to make me smile.

Due to Siluca expressing doubts about the decision of Villar to uphold peace instead of war, Theo and Siluca are sent back to their “domain” that they captured from the vampire lord. While there, Theo and Siluca go touring their realm, and end up stuck in a cave during a rainstorm. Things get pretty steamy, and they end up affirming their feelings for one another.

Skip over to Marrine’s camp, where she’s got her mind set on dominating the continent, and Siluca’s dad has the crafty schemes to push her agenda forward. They literally use biological warfare, enducing a poisonous miasma to flow into a city, before riding through the gates and slaughtering everyone inside. Marrine, having seen the way Milza fights, offers him a choice of alliance.

This is where I start getting mad… well, outside of the juvenile writing, pacing issues, and general hideous animation quality (though it wasn’t as glaringly bad this episode). Milza offers to fight for Marrine in exchange for her body… where did that come from? Why? he hasn’t shown any lecherous tendencies previously, so why is he suddenly revving at full throttle?

Marrine, on the other hand, just says yes. After spending a whole episode building up the relationship between her and Alexis, it was kind of a letdown to see her compromising that love for the promise of power. Also, that sex scene was just awful. One of the most visually displeasing scenes I think i’ve ever seen in an anime.

I’d like to point out that I understand what the show is going for here. Showing that Marrine is willing to sacrifice her own innocence, purity, and values for the sake of the bigger picture is interesting, and adds a lot to her character. Seeing her fighting on the front line with her soldiers, taking lives with her own hands, cements what kind of a leader she is. 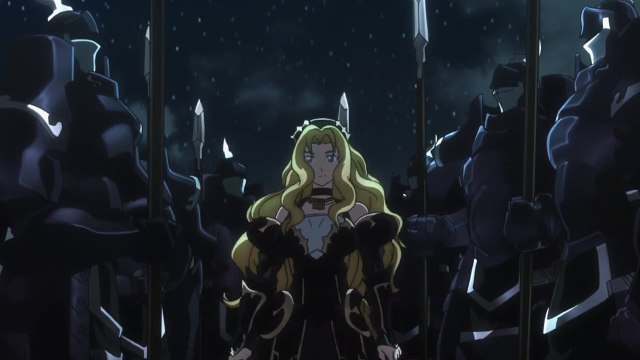 What i’m not ok with is how blatantly and obviously the writers are working to build up Milza as the biggest, baddest boy in the land. I’m not ok with how easily the characters can give up on their goals and values (Marrine, Alexis, Villar, Theo, etc. etc.) And in the last few episodes, the main characters have had very nearly no screentime whatsoever. Even with their romance finally coming to a head, Siluca and Theo still don’t get even half the screentime they deserve.

I could go on for hours, but I don’t like my posts to be too long, so i’ll stop there for now.

Could it be? Is it possible? From the very beginning of this challenge, there’s been a question in the back of my mind that never quite went away, but has been bothering me for months. The question: Is it actually possible for Sanrio Boys to get even worse? Well, this week, we got an answer.

Yeah. Yeah, it got worse.

Ignore all of that, and let’s look at the fact that this was supposed to be a beach episode. Already, it’s an overused trope, but when you turn a beach episode into a short slideshow of pictures, ending in some ridiculous dialogue, it’s just… painful to watch.

I’m not gonna lie, I legitimately hate this show. The redeeming feature of it was that it’s funny, but when all the jokes are used so much that they become unfunny, you’re just left with a mess. It still looks like it was drawn in crayon, the pacing is still crap, and I still hate all the characters.

Maybe it has to do with some of the stuff i’m going through lately, but seeing Kouta ignoring his old friends to hang out with Yuu and the others just makes me angry. I’m to a point now where I think i’m gonna start getting triggered by Sanrio merchandise in general…

Usually I try to look for good points in every episode to offset the bad, but there really weren’t any to speak of. I guess my one consolation is the show is so predictable, it’s kind of my cash cow for points lately, so, yeah, there’s that I guess.

So yeah, there’s the post for the week. I’ve done a bit more angry ranting about stuff, but I guess that’s just how these things go. Anyways, heres’ where our points totals stand at the moment:

As you can see, it’s still definitely anybody’s game. I figure, as long as i’m playing, I may as well try to win, amiright?