Winter 2018 has been a very interesting season to start. Initially, there was hardly anything I was interested in watching this season, but as i’ve sampled here and there, I have found that there are quite a few shows hiding, like diamonds in the rough. In this post, i’ll be summarizing my feelings on a number of these shows.

A Place Further Than The Universe:

A Place Further Than The Universe is a show about a group of High-School girls who want to go on a trip to Antarctica. Madhouse has done an incredible job on this show, combining super realistic visuals with adorable moe characters, showcasing some brilliant comedy and witty dialogue. It’s a beautiful show to watch, both the backgrounds and the animation are just fantastic. I can’t wait to see where this show goes, and i’m so glad that Madhouse is coming out with more stuff to prove just how good they can be, when they try. 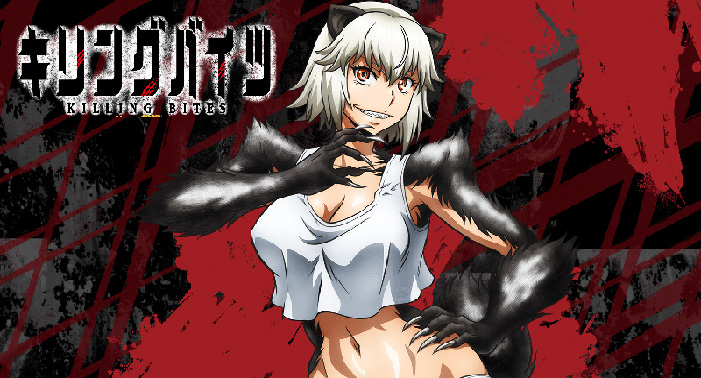 In the world, there are a bunch of underground fighting rings that have existed for centuries. From samurai to martial artists, warriors have fought for money and glory throughout the ages. now, in the modern age, genetically modified therianthropes fight to establish repute and prestige, as well as settle political disputes between gangs. It’s gory, it’s violent, it’s uncensored Seinen glory with nothing held back, all over the top of a heavy metal backing track. While the story doesn’t seem like much, the thrilling visuals and utter rawness of it makes it a great watch, for some. It’s something for a very specific taste, after all.

After the Rain is a show that I personally wasn’t fond of. The premise is basically a high-school girl creeping on her 40-something boss at work. Getting mad at him becaus ehe has a kid, sniffing his shirts, etc. It’s wierd, in my opinion. If you can look past that, though, there’s a nice romance packed in there, with some interesting character motivations, and absolutely GORGEOUS art.

This show was wierd. Professional, corporate assassins doing their assassin thing, taking down anyone from political leaders to noisy neighbors, and like everything in between. With an absolutely massive cast of characters introduced in just the first episode, I don’t exactly have very high hopes for this one, to be honest. The first episode was relatively uninspired, and i’m not sure if it’ll get better or not.

While there’s definitely going to be a Part 2 of this, there are 3 shows that i’d like to briefly mention (and plug a fun project at the same time). I am currently watching Yuru Camp, Sanrio Boys, and Grancrest War as part of a COLLAB with the lovely Irina, the fantastic Leap250, and the wonderful TPAB. Check out the project to see not only my thoughts on each of the shows, but the thoughts of each of these other awesome bloggers as well!

Also, please make sure to let me know what you guys are watching and enjoying this season, and don’t hesitate to give me recommendations for this season, or seasons to come!