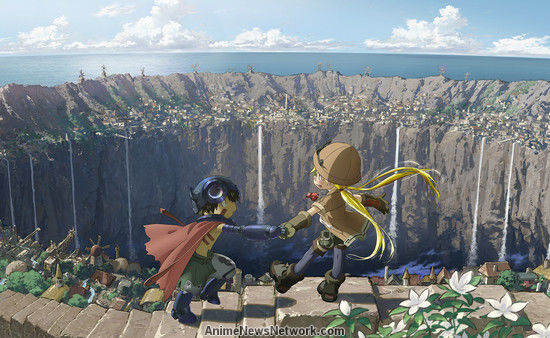 Oh boy. It’s taken a bit to get back around to this show, but good heavens do I love it to bits. It’s so beautifully well-written, the characters are interesting, and the whole world is so nicely crafted. I know I say stuff like this a lot, though, so i’ll try to skip all that stuff for now. What really stood out to me about Episode 9 was the fact that it gave Riko a chance to really shine, and show off what she’s good at. 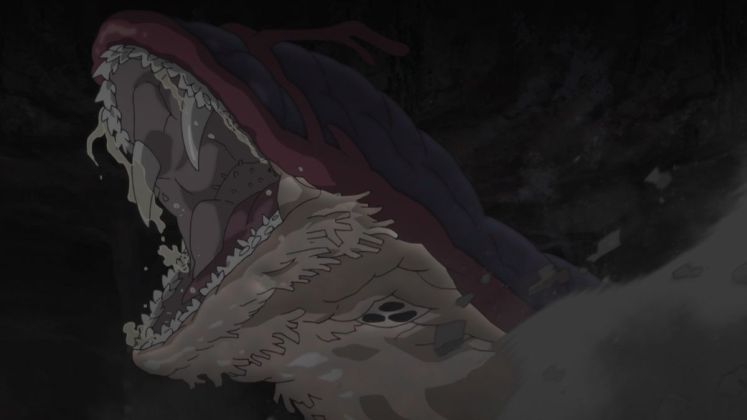 The past few episodes, we’ve dealt with Reg trying to protect Riko at all costs, and learning about the myriad uses of everything in his arsenal to accomplish that. However, I think we’d almost forgotten that Riko is the one with all the experience of diving into the Abyss, and that really shows after Reg fires off his Incinerator and falls unconscious, leaving Riko by herself. Riko, however, has the know-how and experience to fend for herself without Reg. Even though she is still immature, and somewhat foolhardy, she shows an immense amount of composure and good judgement in the face of adversity, much better judgement, in fact, than I think Reg might have in the same situation. 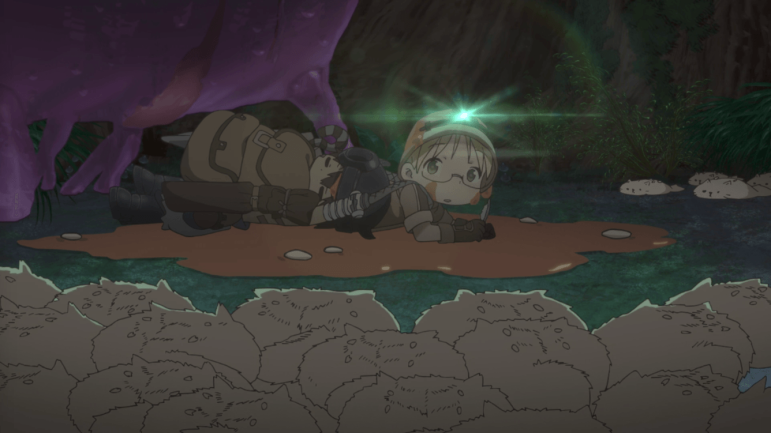 We’re at Layer 4 now! The Goblets of the Giants, massive plants with hot mineral springs on their tops. This area is probably my favorite so far, it’s absolutely gorgeous. (I wasn’t a fan of layer 3 though.) Riko and Reg have had it pretty easy so far, but what happens when they meet a monster that is completely, totally out of their league?

Episode 10 gave me what was probably my favorite episode of this season. I don’t want to spoil anything, but it’s been a while since I had to watch an episode curled into a ball, my stomach tied into little knots, sobbing not out of sadness but out of true fear for my beloved characters. Yeah, it was that good. If the show keeps up the pacing and the amazing direction it’s had so far, this might end up being a masterpiece, remembered for a very long time.