I really like what they’ve been doing with this show. By alternating between an episode that introduces a member of the gang to an episode that carries the story forward, they are able to give us the story at a decent pace without breaking up ongoing action with lengthy flashbacks. Episode 5 finally gives us the last piece we were looking for: the story of Chise, where she came from and why she is part of the group. Chise came along with a group of Japanese ambassadors hoping to meet with the Queen, by going through Princess. Ange, Dorothy and Beatrice act as Princess’s maids, while also keeping a tight watch on security. 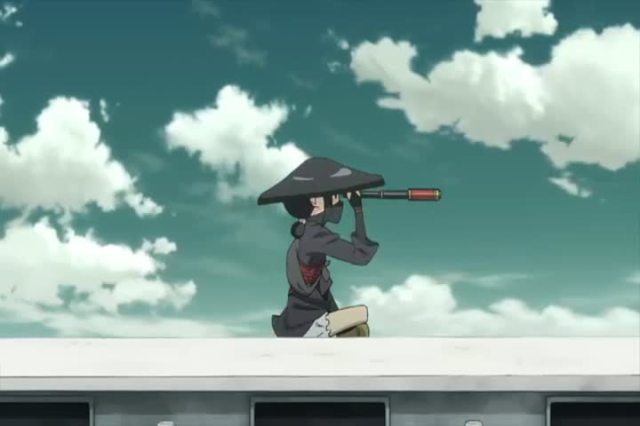 Chise, however, has come for a different reason: to kill a notorious assassin named Todo Jubei. Jubei is acting for the Duke of Normandy, and has his eyes set on killing both the ambassadors and Princess in one swoop. While Ange and Chise get to know each other, an agent sets off a bomb on the train, separating the royal car and the engine from the rest of the train, while Jubei and other assassins board from a separate train. Chise takes on Jubei, while Ange and Princess work to stop the trains before they can collide. Only after Chise comes out the victor, and the crisis is averted, do we learn that Jubei was really her father, and the episode ends on a very touching scene.

Episode 6 gives us some background to Dorothy, while advancing the story at the same time. Dorothy and Beatrice head to the morgue to steal a cipher that the Duke of Normandy is looking for from a corpse, and the agent that the Duke has sent just so happens to be Dorothy’s dad. Her dad used to be a very good engineer, but after losing his hand in an accident, he became angry and violent, and Dorothy ran away to escape the abuse. 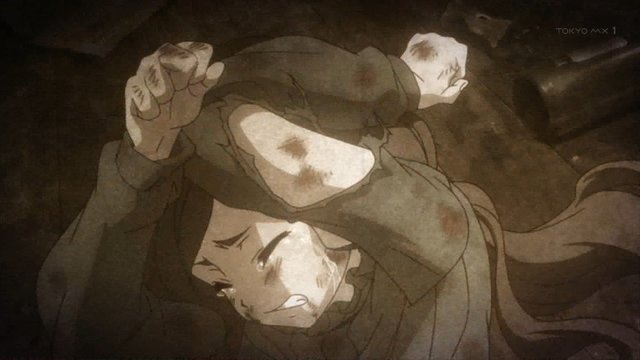 After a tough search, Dorothy finds the cipher and makes a copy of it, before giving the original to her father, in the hopes that the money he gets from the Duke will help him turn his life around. However, the duke’s agent has other plans. This episode ends on a super dark and depressing note, and I absolutely love it. I just can’t get over how good this show is, the atmosphere of the world is so awesome, and seeing the disparity between the cute girls and the colorful peace of the school and the harsh, dark, brutal world is just amazing.