Day 24, and our question is: What is the moment that shocked you the most in any Anime? Well, this question’s actually a pretty tough one, as there have been a lot of moments in anime that have been quite shocking for me, to be honest. Lots of moments that leave a big impression, and so many good shows to pick from. However, a somewhat recent show comes to mind here, and it’s a very good pick, I think, for this one. Though the show itself isn’t really the best, it did deliver an insane amount of kick with it’s first episode. I am speaking, of course, about Re:Zero. 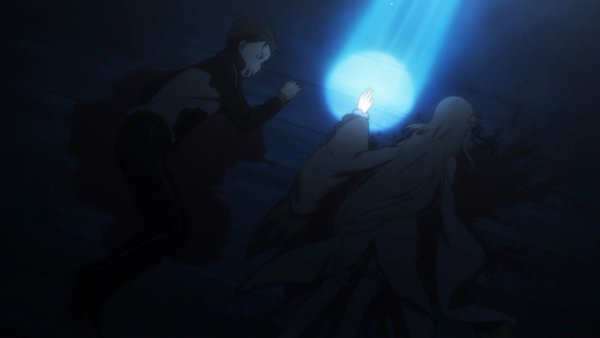 Re:Zero’s first episode was divided into two parts. The first part introduced us to your typical, run-of-the-mill isekai story, with a hopeless nerd named Subaru getting drawn into a fantasy world, meeting a cute, silver-haired girl who can use fancy spirit magic, all that good stuff. Everything seems to be going just as planned, and we are readying ourselves for a story we’ve all seen many a time before. However, when Subaru tries to help Emilia get back her lost pin, things take a nasty turn for the worse.

As part 2 begins, Subaru and Emilia are closing in on the thief, in fact, they’ve already found her place of residence. However, upon entering the building, Subaru is violently, and mercilessly, killed. As his life slips away, Emilia also enters the building, and is slaughtered right in front of him. Seeing a main character, who we all assumed would be the typical isekai godmode protagonist, killed right off the bat, was certainly shocking. Of course, Subaru has an ability that allows him to, basically, respawn at a spawn point in the past, but the way he is mercilessly killed off not just once but twice just in part 2 is terrifically shocking. 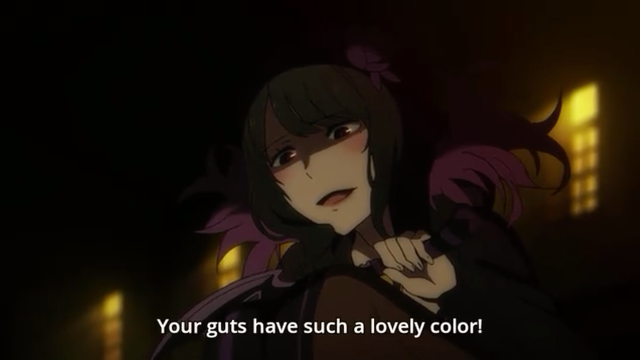 Honorable mentions here go to Attack on Titan’s Episode 1, and Madoka Magica Episode 4. So, what are some of your favorite shocking moments from Anime, and why? Please let me know down in the comments! Thanks everyone for reading, and I hope you’ll all stick with me through the end of this challenge.