Second episode of Love and Lies is here! We finally get to meet Yukari’s fiancee, Ririna. I really like her as a character. Her struggles with her health have made it so she’s pretty socially awkward, yet she still fights to show that she’s OK, that she can function on her own, even when she’s bullied. She’s really not very impressed with Yukari when they first meet, but Yukari manages to calm her down with his genuine kindheartedness. 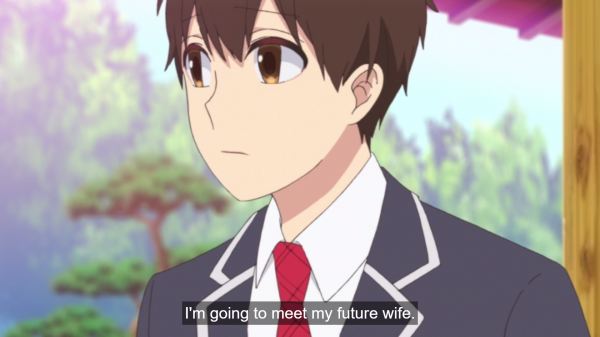 Yukari ends up telling Ririna everything, about his relationship with Misaki and everything, after which he discovers that she is enamored with impossible love tales. After going to visit Ririna at her school, and finding out about her being bullied and stuff, they have a heart-to-heart, realizing that they are the first people each of them has really been able to talk to comfortably. Afterwards, Ririna spots Misaki, and drags her to a cafe where they have a chat about why each of them likes Yukari. The episode ends with Ririna crying with joy at having made a friend in Misaki, along with some added mischief from her.

I’ll be honest… The first episode, I was rooting for the Yukari + Misaki ship, but… I really prefer Ririna now. Her character feels a lot more genuine and honest than Misaki’s does, and her mild dose of ditziness when compared to her more serious appearance makes her just so loveable. On the other hand, Misaki is starting to come off as really obsessive, maybe even entry-level yandere towards Yukari? Kinda creepy. Anyways, I still highly recommend the show! 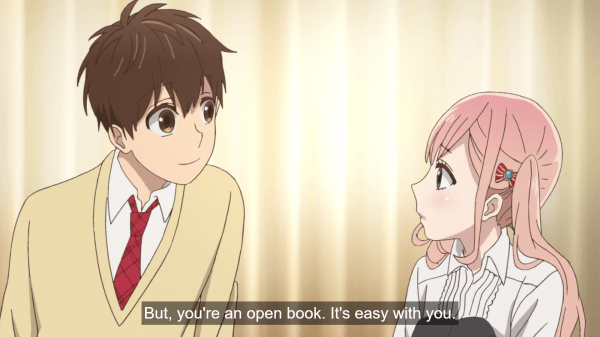 Love and Lies airs on Mondays, and can be watched on AnimeStrike.